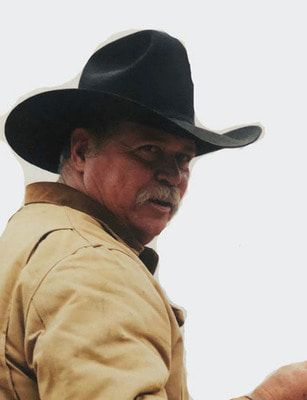 On Friday, August 27, 2021, Jerry Cornett, 77, of Throckmorton, Texas, rode off into the sunset into the loving arms of his Lord and Savior, taking with him his wit, laughter, joking personality and his zest for life. Jerry Wayne Cornett was born on February 10, 1944, in Knox City, Texas to Braxton Frank “B.F.” and Viola Marie (Zeissel) Cornett. Jerry graduated from Knox City High School in 1962. Jerry continued his education at Texas Tech University for a semester, before returning to Knox City to work with B.F. in his farming and ranching operation. He also served in the Texas National Guard for 6 years. Jerry eventually went to work for Swenson Land and Cattle Co. in Throckmorton, Texas, where he met the love of his life, Miss Martha Ann Murray. Jerry and Martha were married at her parents’ house on the Swenson Ranch, March 29, 1969. This union was later blessed with a beautiful daughter, Jerri Ann, who shares her dad’s love for animals and ranch life. After a couple of years, the young couple decided to spread their wings and moved to Amarillo, TX where Jerry worked as a brand inspector for the Texas and Southwest Cattle Raiser Association. The couple’s infatuation with city life soon faded, and they returned to the Swenson Ranch in Throckmorton, where Jerry began his ranching career, a career near and dear to his heart, allowing him to work with animals and be outdoors. Jerry was the foreman for the Swenson Ranch at Throckmorton. Jerry often represented the ranch in parades, as well as carrying the flag for the opening ceremonies at the Texas Cowboy Reunion in Stamford until he retired in 2009 after 38 plus years of employment. In the Throckmorton community Jerry was a founding member of the Throckmorton Rodeo Club, and a member of the First Baptist Church. Even Jerry’s leisure time was centered around animals, he loved good horses, dogs, cattle and had a remarkable talent for building things. Jerry was preceded in death by his wife of 44 years, Martha Cornett on December 4, 2013, and his parents, B.F. and Viola Cornett, his sister and brother-in-law, Jean and James Sanderson. Jerry is survived by his loving daughter, Jerri Ann Cornett of Throckmorton, TX; a sister and brother-in-law Charlotte and Elvin Pool of Magnolia, Arkansas; a brother and sister-in-law, Ken and Karen Cornett of Cranfills Gap, TX; a host of other relatives and friends. A time of visitation was held Monday, August 30, 2021, from 10:00 a.m. to 11:00 a.m. at the First Baptist Church in Throckmorton, Texas. Graveside services followed in the Throckmorton Cemetery at 11:15 a.m. under the direction of Tankersley Funeral Home of Stamford, Texas. Online condolences and memories may be shared at www.tankersleyfuneralhome. com.