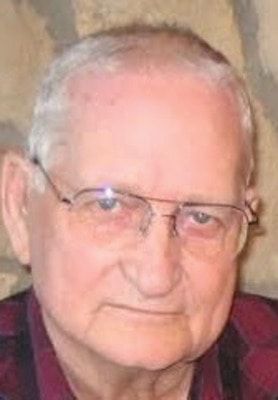 Bobby Davis, 90, passed away on October 18, 2021. A funeral service is scheduled for 2:00PM, Thursday, October 21, 2021, at the First Baptist Church in Throckmorton, Texas, with Rev. Peter Parker officiating. Interment will follow services at Throckmorton Cemetery. A visitation is scheduled from 5:00- 7:00PM, Wednesday, October 20, 2021, at Smith Family Funeral Homes, 107 N. Austin, Throckmorton. Bob was born February 22, 1931 in Concord, Texas. He went home to join his beloved wife Nealie LaRue (Middleton) Davis whom he spent 65 years of marriage with. Bob attended school in Concord and graduated from Bangs High School in Brown County, Texas. He moved to Throckmorton at the age of 18 where he met LaRue in 1949. Bob and LaRue were married on August 12, 1950, beginning a long marriage, as well as, business partnership. They remained in their much loved Throckmorton until 2015. Bob and LaRue operated the Gulf Station in Throckmorton for the first nine years they were married. After which, they moved to the Texaco Station, then located on the South side of the First Baptist Church, which they operated as Consignee for twenty years. During that time family members and many young Throckmorton residents passed through as employees. Bob is remembered fondly by employees, customers, and business associates. In 1978 Bob sold the Texaco Station to take over his father-in-law’s (Roscoe Lane Middleton) farm, adding to land he previously owned. Along with brother Bert he established the Lazy D Ranch. Bob farmed and ranched until retiring and moving to Katy, Texas to be with his daughter’s Karen Lane and Lou Ann. He was a long-time member of the First Baptist Church. Bob fondly remembered his life, family, and many friends in Throckmorton. He could remember Throckmorton “as a busy little town,” with stores open on Saturday night and the big night out at the picture show.” Bob is survived by two daughters, Lou Ann Davis and Karen Nance and spouse Gilbert; brother Bert Davis and wife Donna; sister Betty Rankin; three grandsons, James Zachary Nance, Christopher Andrew Nance, Donald Jace McAnally; granddaughter, Heather Michele McAnally; great grandchildren, Kayla Rae Nance, Paisley Grace McAnally, and Everett Davis McAnally. He is preceded in death by his parents, Bart and Oma Davis; four brothers, Edward, Don, Derral (Gabby) and M. J. Davis; and sister, Dona Marie Guthrie and (brother- in-law R. C. Guthrie). In lieu of flowers, Bob requests a donation in his name to: First Baptist Church - (Pastor - Seth Pitman; Secretary - Polly Voss) 211 N Minter Avenue( P. O. Box 486 ) Throckmorton, Texas 76483( 940) -849-4231 ‘Say not in grief ‘he is no more’ but live in thankfulness that he was’ Online condolences can be shared with the family at www.smithfamilyfh.com.