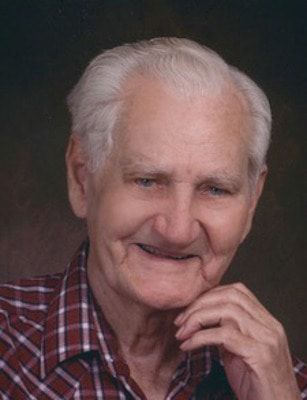 Curtis Woods, 93, went peacefully home to be with his Lord on January 2, 2022. A graveside service was held at 2:00PM, Saturday, January 8, 2022, at the Throckmorton Cemetery with Rev. Bobby Hawkins officiating. Services under the direction of Smith Family Funeral Homes, Throckmorton. Curtis Woods was born January 29, 1928, in Brown County Texas, on the family farm outside of Brownwood. He was the fourth of 6 children born to Minnie Canon Woods and John Edward Woods. He met and married Billye Jean Scott (Jean Scott Woods) in Brownwood, Texas. They were married in 1945. Curtis was a Mason for over 50 years. He was a deacon at First Baptist Church of Throckmorton for several years. He loved to travel, especially cruising. He went to Alaska three times. He also went through the Panama Canal and to Hawaii including Pearl Harbor. Caribbean cruises included Progresso and Cozumel. His last cruise was as he approached his 90th birthday. Curtis loved trips to Branson, MO. Curtis moved to the Ft. Worth area (White Settlement) while working as a machinist for General Dynamics making airplane parts. After this he lived in Beaumont while working for N. L. Industries. They returned to Throckmorton where he retired. Curtis lived in Throckmorton until his wife Jean died, after which he moved to Tioga, TX. He passed away while in nursing care in Granbury, TX, just a few weeks before his 94th birthday. He is preceded in death by his brothers , Joel Woods (Mason TX), Burl Woods (Ft. Worth TX), Delmar Woods (Brownwood TX), Weston Woods (Carlisle AR), and sister, Connie Henson (Austin TX), all who have gone before him. He leaves behind two daughters; Karen Leann Moore of Granbury, Texas, and Sandra Elaine Farmer of Tioga, Texas; 4 granddaughters (Amanda Harwell, Stephanie Miller, Jeana Moore, JoAnna Moore); and 5 great grandchildren. Online condolences can shared with the family at www.smithfamilyfh. com.