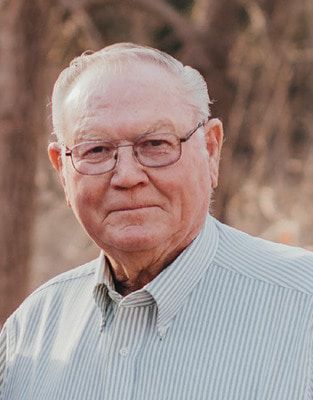 Carl R. Figgins, age 76, succumbed to his 18 month battle with pancreatic cancer on January 9th, 2022, surrounded by his loving family in Mankato, KS. Carl was born at the family home on February 24, 1945, to Cecil R. and Gladys Irene (Bisbee) Figgins. He graduated from Burr Oak High School in 1963 and attended Hutchinson Community College. Carl was united in marriage to Karen Garman on March 30, 1968, at the Baptist Church in Mankato, and to this union a daughter, Jennifer, was born. Carl enlisted in the National Guard in November of 1965 and was honorably discharged in July of 1971. From a young age, Carl could be found tending to the land and livestock on the family farm. While in high school, he began his custom harvesting career with local farmers before making the harvest run with Colson Brothers Harvesting through the summer of 1972. Carl then joined Jerry David in partnership and David & Figgins Harvesting was formed. Carl, Karen, Jerry and Joyce spent 25 years working together, growing and building their business to become one of the top in the industry. Days were long and sleep was short as they left home for Texas every May and traveled to Montana before returning to Kansas for fall harvest. He was an early adopter of new methods and technologies and took advice when he got it. A loyal John Deere customer, Carl was selected to participate in panel discussions at the John Deere headquarters, pilot test equipment in the fields and asked to share feedback to better the equipment. He was a tough worker and a driven man who built a successful business from scratch. Carl and Karen continued their harvesting journey until retirement in 2006. Carl was an active member of the U.S. Customer Harvesters Association. The years spent on the harvesting trail created countless friendships that last to this day. Carl was a tremendous mentor and provided a solid foundation for the young men he employed over the years. He was always willing to impart sound advice and wisdom to anyone seeking it. It is not uncommon to hear these men say they are who they are today because of the time spent with Carl. Several of these employees became like family and kept in touch until his final days. Carl bought a farm in Jewell County in 1989. Time spent on the farm was divided with the harvest run until his later years. Counting the cattle at the farm took a little longer than necessary as it included conversations with neighbors who happened by or a stop at the elevator for coffee. Always willing to lend advice when asked, his phone rang frequently. With the help of special friends, he was able to tend to his cattle until his death. He was a farmer and stockman who worked hard, a breadwinner who provided, a husband who loved his wife, a father who loved his daughter, a grandfather who cherished his grandchildren and a neighbor always willing to lend a hand. He delighted in time spent with his grandchildren, rejoiced in their accomplishments, and loved them fiercely. Carl is preceded in death by his parents Cecil and Gladys (Bisbee) Figgins, his in-laws Val Jean and Velma Garman, brother Franklin Figgins, brother Fielden “Glenn” Figgins, sister Carolyn Barnes, beloved brother-in-laws, sister-in-law, niece and nephews. Left behind to cherish the memories and celebrate the life of Carl are his wife of 53 years Karen (Garman) Figgins, daughter Jennifer (Figgins) Harris and husband Elliott, grandchildren Lauren, Andrew and Logan, sisters Loreen Bird, Pauline Mills, Charlotte Pletcher, Twila Morris, Fern Reed, Marilyn Warneking and husband Rick, Joan Pate and husband Terry, numerous nieces and nephews, the Shannon White family, and a host of past customers, employees, family and friends. Memorial Services will be held on Saturday, March 19th, 2022, at 10:00 a.m., at the Community Center in Mankato, Kansas. Burial with Military Honors to follow in the Burr Oak Cemetery. Visitation will be Friday, March 18th, from 1:00 pm to 8:00 pm, with family greeting friends from 5:00 pm – 7:00 pm, at Melby Mortuary in Mankato. Memorials may be made for a scholarship in Carl’s name to be created, Jewell Co. Food Pantry or Burr Oak Community Center, and may be sent in care of Melby Mortuary, PO Box 384, Mankato, Kansas 66956. Melby Mortuary of Mankato is assisting the Figgins family with these arrangements, www.melbymortuary.com