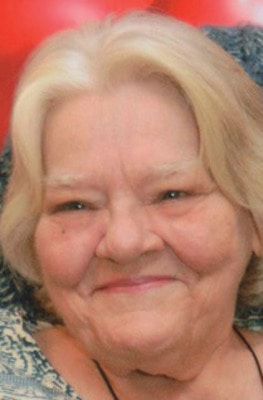 Joy Kay Bundy, 74, left this life and began her journey with her Heavenly Father on Tuesday, February 15, 2022. A graveside service was held at Throckmorton Cemetery Friday, February 18, 2022, 2:00PM, with Mr. Bill Bundy officiating. Services were under the direction of the Smith Family Funeral Homes, 107 N Austin, Throckmorton, TX. Joy Kay Balthrop Bundy was born October 11, 1947, in Throckmorton, Texas to Happy and Lila Balthrop. She was raised with four brothers and attended Throckmorton High School. She later married Lawrence Don Bundy on June 24, 1965, in Yakima Washington and they were married for 47 years. She and her husband Don retired in Wichita Falls and moved to Throckmorton where they lived for several years. After the death of her husband, she returned to Wichita Falls where she remained until her death. She was a member of the Church of Christ and enjoyed spending time with family and friends. She enjoyed playing card games on her computer and watching the Texas Rangers. She was known for her “joyful” spirit and kind heart. She is preceded in death by her parents Lila and “Happy” JC Balthrop; husband Lawrence Don Bundy; brothers, Larry Balthrop, Pinky Balthrop, and Charles Balthrop. She is survived by her son, Micky Craig Bundy of Wichita Falls and his children Kelsey and daughter Daisy, Kali and son Alexander and Kase; her brother, Jerry Balthrop of Sweetwater, Texas. Several brothers and sisters-in-law, and many nieces and nephews. Online condolences can be shared with the family at www. smithfamilyfh.com.