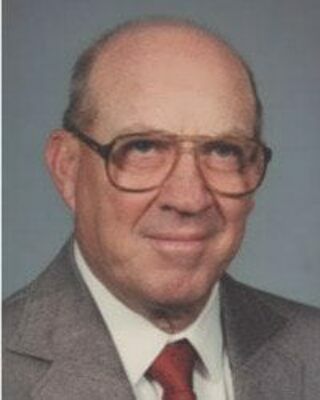 Terrell Condron Redwine, 97, of Throckmorton, TX passed away Saturday, April 9, 2022. A graveside service was held at 11:00AM, Wednesday, April 13, 2022, at the Throckmorton Cemetery. Services were under the direction of Smith Family Funeral Homes, Throckmorton. Terrell was born eight miles west of Throckmorton on the then Davis Ranch, December 11, 1924, to Lewis B. & Lola Condron Redwine. He graduated from Throckmorton High School in 1942. He joined the navy in June of 1943. During WW II he was stationed on a water tanker ship called the Ocklawaha in the South Pacific serving as a Boatswain’s Mate, second class. During this time he began boxing and became the Champion of the Pacific Fleet. For a short while Admiral Nimitz, commander of the Pacific Fleet was on this ship. Terrell was on watch one night and spotted a raft floating and a periscope above the water. Immediately he informed the crew and they dropped depth chargers and an oil slick was seen on the surface. One less Japanese submarine to worry with. He was discharged in Hong Kong, China in 1946. He then enrolled in Midwestern University and studied Horology (clock and watch repair). He married Bettye Sue Green in Wichita Falls, on October 3, 1947. They moved to Throckmorton in 1949, where he opened a jewelry store and was a watch repairman for 24 years. A lifelong resident of Throckmorton, he was a farmer, rancher and was in the oil business. He served as a County Commissioner for 4 years and Throckmorton County Sheriff for 8 years. He operated a mail route from Throckmorton to Ft. Worth for 30 years. His highest calling was caring for his wife, Bettye, during the last few years of her life. He was a member of the First United Methodist Church in Throckmorton and was a past treasurer. He loved to travel and tell his children and grandchildren of the many places he had been. He loved to shoot dice in Las Vegas and Shreveport. He loved playing bridge until his eyesight made it too difficult. He also loved playing dominoes. He played with some over-sized dominoes that permitted him to play until the day before he passed away. He was preceded in death by Bettye, his wife of 61 years, brothers Sam Redwine and John Albert Redwine and sister, Margaret Redwine Lilly. Everyone knew they were loved by Terrell because he would tell them “I love you” on a daily basis. He is survived by two sons, Terry Redwine and wife Sandra of Throckmorton, Bobby Redwine and wife Marilyn of Wichita Falls, and daughter, Nancy Bachman and husband Bub of Throckmorton. He has four grandchildren, T.C. Redwine and wife Ashley of Throckmorton and their children Canon, Porter, and Lydia, Rusty Redwine and wife Katie of Borden County and their children Reece and Riley, Ashley Harris and husband Jeff of Wichita Falls, and their children Benjamin and Timothy, and Brady Redwine and wife Melissa of Dallas and their children Emily, Elena and Madelyn. The family would like to thank Vonnie Jones, Vonda Jones Coleman, Dr Craig Beasley and Throckmorton County Memorial Hospital for extending the time he could stay by himself at home. After this was not possible anymore, he moved to Presbyterian Manor Health Care where he received wonderful nursing care. In lieu of flowers, memorials can be made to First United Methodist Church of Throckmorton or Salvation Army or the charity of your choice. Online condolences can be shared with the family at www.smithfamilyfh.com